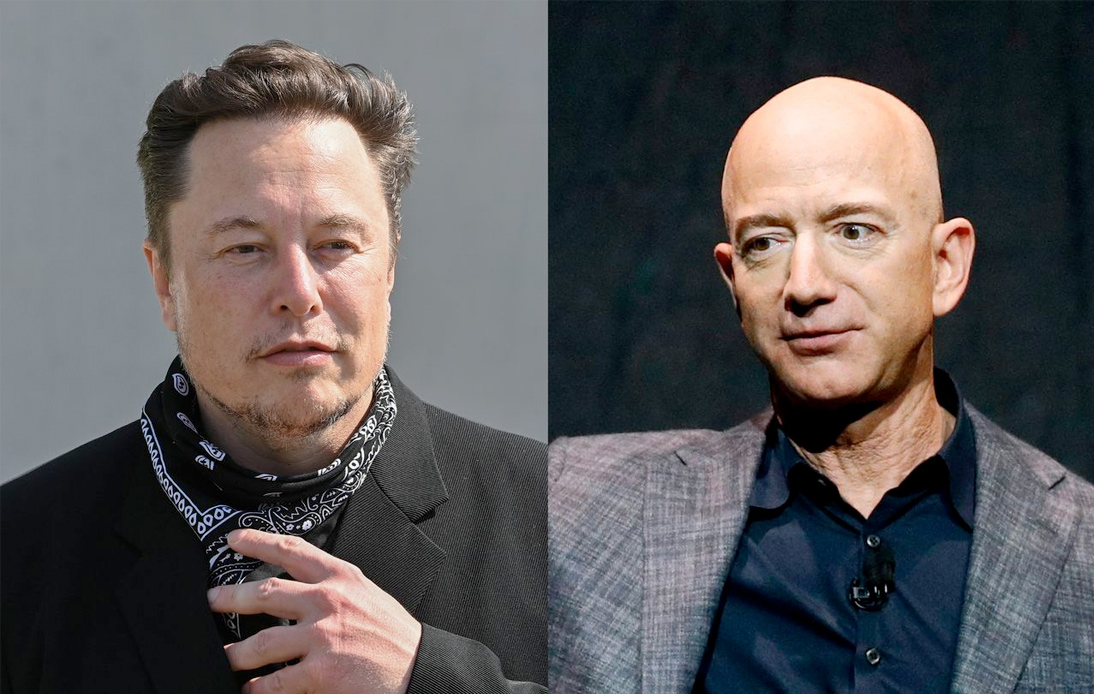 Elon Musk is making his way as the world’s richest man after his personal wealth recently ballooned to $222 billion, displacing Amazon founder Jeff Bezos to second place, according to the Bloomberg Billionaires Index.

Following a secondary share sale by investors last week, which valued SpaceX at more than $100 billion, the business mogul saw his net worth soar an additional $10.6 billion.

Celebrating his milestone, on Monday, Tesla’s CEO jabbed at its rival Bezos by responding to his tweet promoting Amazon with an emoji of a second-place silver medal. Bezos remains in second place on the world’s richest men list, with a net worth of $191.6 billion.

Earlier, Musk told Forbes he planned to send Bezos a second-place statue after surpassing him as the wealthiest man in September this year. However, the Amazon founder reclaimed the top spot soon after.

Musk has accumulated vast wealth thanks to his electric vehicle company Tesla’s shares and his majority stake in SpaceX, an aerospace manufacturer, space transportation services and communications privately-held corporation.

The Bloomberg Billionaires Index showed the entrepreneur earned $8.6 billion since Friday’s closing, for a total of $52 billion in 2021 alone.

Moreover, Tesla shares started recovering from a difficult period, rising 13% so far this year after falling 22% in May.

According to a company filing, Musk received $0 as payment last year. However, his work as CEO was rewarded with stock options currently valued at $22 billion.

His wealth rose even further, taking him to the exclusive wealthy list’s top, after SpaceX’s value soared by more than $100 billion.

Experts explained that it came after SpaceX’s Inspiration4 hovered above the earth for three days.

The company sent a crew into space, making history with the first black woman to serve as a pilot on a spacecraft, the youngest US citizen to become an astronaut, and the first person with a prosthesis to fly in a space rocket.

Musk and Bezos have embarked on a multibillion-dollar space race. With Blue Origin, Bezos traveled into space last summer.

Also, even before launching its first tourist mission into space last month, SpaceX had won massive military contracts from NASA and the US.