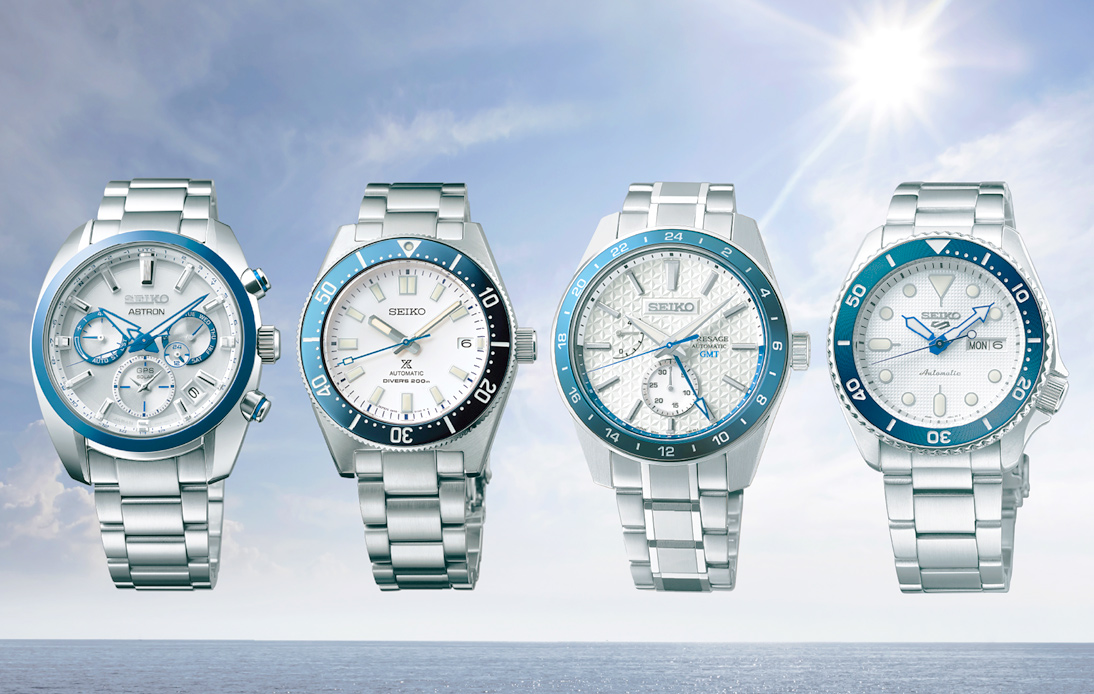 Seiko celebrates its 140th anniversary with its Prospex, Astron, Presage and 5 Sports watches.

Kintaro Hattori founded Seiko in 1881 when he was only 21 years old. Back then, the young entrepreneur opened his first “K. Hattori.”

That first watch store was quite successful, prompting Kintaro to establish his own design and production facilities.

In 1921, Seiko became Japan’s number one watchmaker and is now one of the top watch brands in the world. In celebration of its anniversary, its creator’s vision is reflected in a series of four limited-edition watches.

Together, they showcase the company’s watchmaking expertise in all its glory.

The first one is the Prospex, a limited edition of 6000 with wide hands and generously applied Lumibrite. It is a modern take on Seiko’s first diver’s watch and features a screw-down crown and a caseback that guarantee water resistance.

There is also the Presage watch.

This model has a Presage Sharp Edged series case and bracelet that incorporate flat surfaces with sharp angles, allowing the watch to shine from all angles. The watch promises scratch resistance as it has a hard outer coating.

Presage features a geometric-patterned textured dial that creates an infinite variety of shades at different angles as light moves through it.

The Astron is the third model and characterizes by the same curved silhouette and wide case lugs as the Quartz Astron, one of Seiko’s most celebrated technological milestones. It is updated with the GPS Solar DualTime 5X53 Caliber, adjusting to the exact time anywhere in the world.

Finally, there is the 5 Sports watch.

This watch marks the first time that Seiko uses a white dial on its models. It also has blue hands and a dazzling dial and bezel, achieving a sublime design.