Harry Kane Injured After Scoring a Brace Against Everton 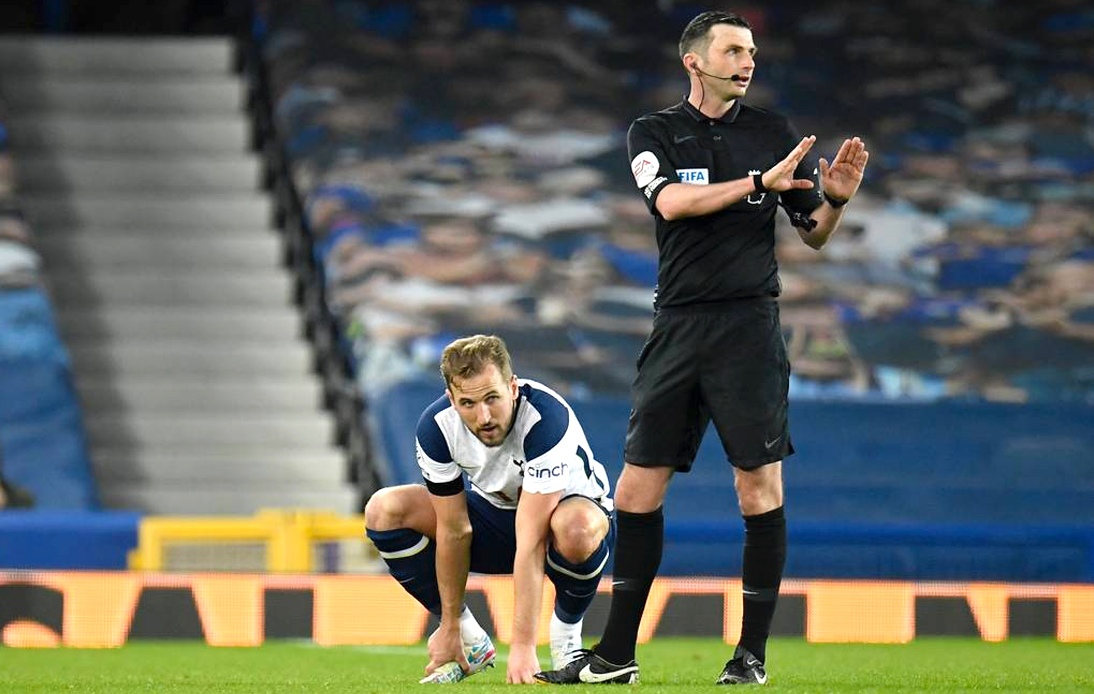 Tottenham Hotspur managed to salvage a point at Goodison Park on Friday, drawing 2-2 with Everton. However, it was not all good news for Jose Mourinho’s side, as star striker Harry Kane (who scored both Spurs goals) suffered a late injury.

The player limped off in stoppage time with an apparent ankle problem, the severity of which is not yet known.

A rather unfortunate injury, considering Tottenham are due to play in the Carabao Cup final against Manchester City on 25 April and there are less than two months to go until the start of Euro 2020, where England will definitely need his help.

The injury occurred when Kane landed awkwardly after jumping for a header when defending a corner late on.

Coach Mourinho did not hide his concern and admitted that he does not yet know how serious the injury to one of his team’s most important players is.

“That’s also a question I want an answer to as soon as possible but it’s too early, for him to come out it is not because it’s nothing, it’s something,” he said.

Prior to the injury, Kane had been in fine form against the Toffees, putting Spurs ahead in the first half and grabbing a second-half equalizer, while Iceland’s midfielder Gylfi Sigurdsson scored both Everton goals.